I study evolution in deep time. My research mainly involves insects – a highly diverse group of organisms with hundreds of millions of years of evolutionary history. For some projects, I study fossils that are approximately 275 million years old. For other projects involving groups with poor fossil records (moths, butterflies, and ticks), I study living organisms.

I make inferences about the past using various phylogenetic comparative methods, and the animals that I study have inspired me to work on new methods of my own.

The evolution of moth wing patterns: history and homology

“[T]he questions as to whether longitudinal or transverse markings are the most primitive, the number of the possible longitudinal stripes, their use, and the kindred questions seem to be decided so much by the caprice of the individual investigator, that a non-specialist may be permitted to retire from the field until the parties concerned have been able to patch up some sort of a truce.”

How does evolutionary history constrain ecological adaptations? My M.S. thesis concerns the evolution of wing patterning in basal moths; my aim is to identify wing pattern homologies in different superfamilies in the order Lepidoptera (moths and butterflies). I also hope to reconstruct a primitive wing pattern groundplan for all moths. I have examined moths in the families Micropterigidae and Agathiphagidae – the two most basal living families of Lepidoptera – and I will continue studying the wing pattern morphology of previously unexplored lineages, such as Australian Psychidae. This research has wide implications not only for homology, but also for the origin of more complex wing patterns such as butterfly symmetry systems.

Plant-insect interactions in the fossil record

My undergraduate research focused on insect herbivory during the Early Permian, just a few tens of millions of years before the greatest extinction event in our planet’s history. At this time, insect orders such as Coleoptera and Hemiptera (beetles and true bugs) began to diversify; Lepidoptera had not yet originated. Also, Early Permian floras are approximately twice as old as the oldest angiosperms. I found evidence of surprisingly diverse and specialized insect herbivory while examining two floras, which inspired me to conduct analyses of the insect body fossil record in order to match specific insect lineages with a new behavior, leaf galling. Currently, I plan to continue pursuing this area of inquiry by determining the effects of sampling on measures of insect herbivory.

The evolution and development of butterfly eyespots 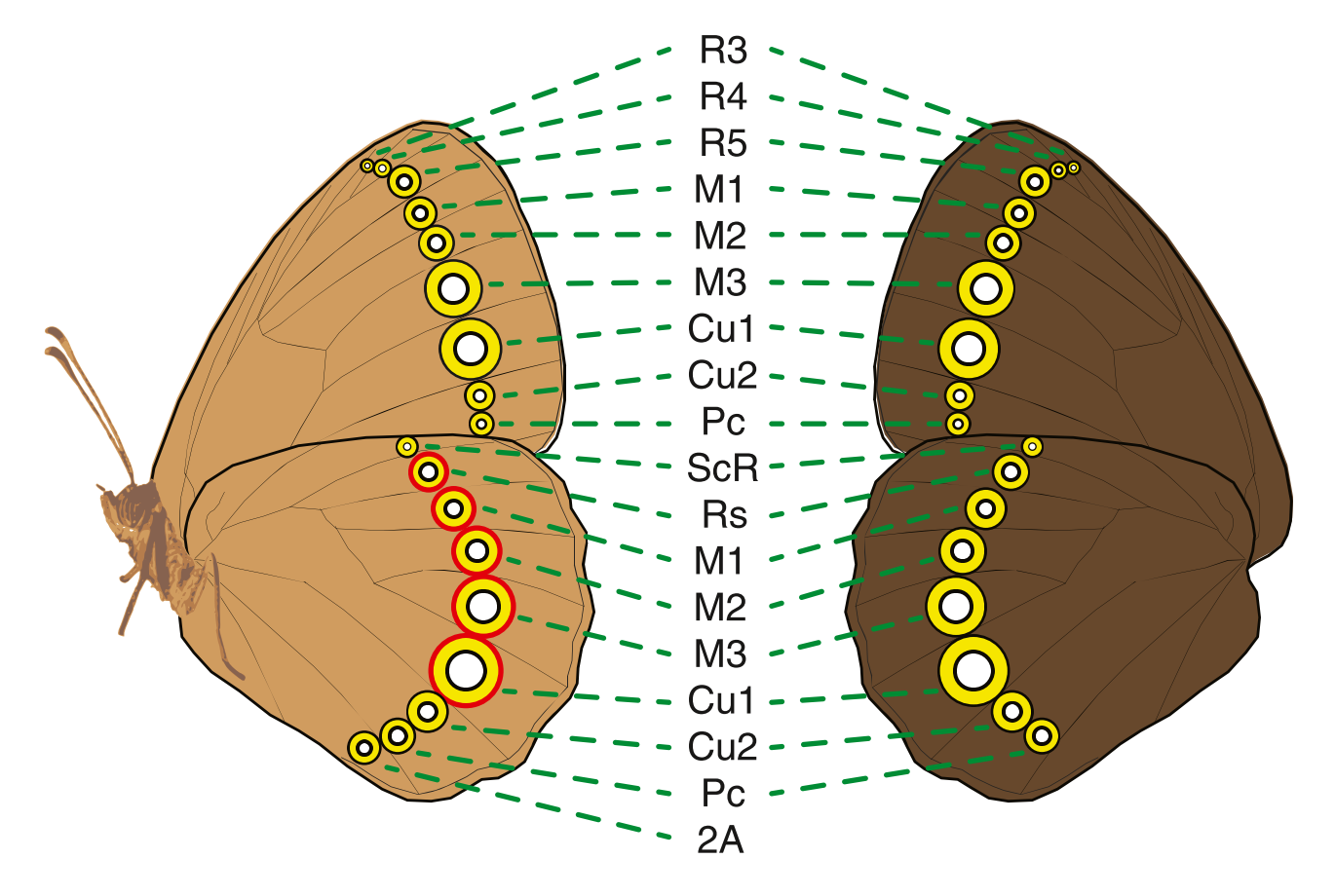 Between finishing my bachelor’s degree and beginning my master’s, I researched butterfly eyespot evolution in the family Nymphalidae. This family is by far the best-known and best-studied when it comes to insect wing patterns, so I jumped at the opportunity to learn about eyespot evolution and development. I conducted my study by combining ancestral state reconstructions with correlation analyses. At present, I continue to explore this system using methods such as multivariate analysis and phylogenetic autocorrelation.